Working from within. a reflection after one year. Roos Demol 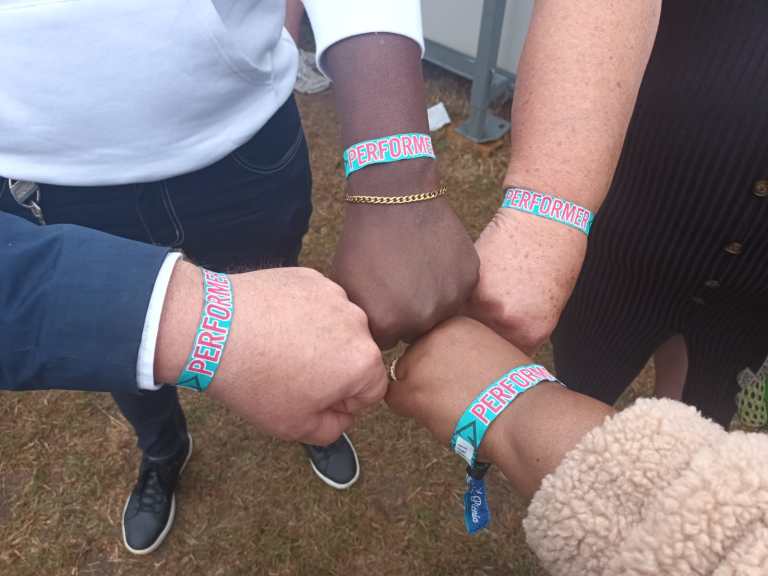 The last year has been very productive and revealing. We Have Now Been officially formed for 1 year, and have been active through the pandemic and beyond. Our Board of Management has been very involved and I would like to thank them all from the bottom of my heart for taking the time to support our cause.

We have developed Recruit Refugees Ireland to a stage where we are ready to take on Ireland, with 10 wonderful volunteers from all over the world, but living in Ireland.

And this is what makes us so unique. We have a recruitment agency that helps refugees and IPAs, and 90% of the helpers are refugees, IPAs, and migrants.

We have gone through a big learning curve, but more of that will appear on RRI’s website.

Citadel has made a huge comeback. We performed in the Cork Opera House, and Electric Picnic and are heading to Galway in November, for yet another great festival, Songs From an Open Road, in Galway. 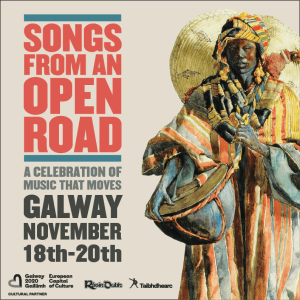 Again, the idea of Citadel was started by an IPA, now a refugee, and all the musicians come from those communities.

KRAC11 is moving on, working together with Cricket Ireland and Munster Cricket, to make things work. KRAC11 was a project that started with cricket-playing IPAs, all residents of direct provision.

You may start to see what I am aiming to say.

The world and especially the West has been offering AID for decades, to developing countries, but locally as well. Walking into places and telling beneficiaries which projects they will run, because they are needed.

I often talk to people in African countries, and one thing they all agree on is that NGOs often arrive in the villages once they have received funds. The first thing they apparently do is buy big cars, and they tell people which projects will be run. All this while the villagers often need entirely different projects to help them forward, but nobody really listens. Now, I know, this is hear-say, and I never worked with an NGO in developing countries, but I did hear it, and quite often.

Here is a conversation I had with one of my friends in an African country. 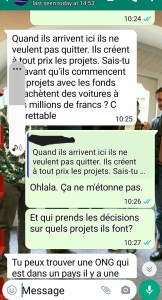 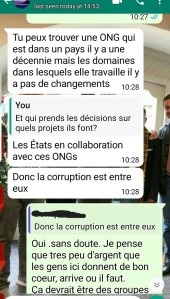 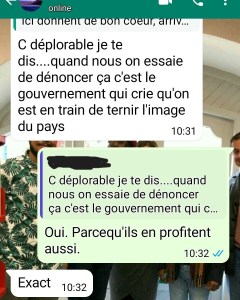 (translation: ‘When they come here, they don’t want to leave, They create projects, no matter what. Do you know that before they start the projects with the funding, they buy cars at millions of (Country name) Francs?

There are ONGs that have been in the country for 10 years, but their projects don’t change. Those who take the decisions on projects are the state in collaboration with NGOs. Corruption does exist between the two of them.

It is deplorable, I tell you. And if we try to denounce it the government shouts that we are trying to discredit the country’s image)

I was recently at a meeting of EASPD, with various organisations for different European countries, and I felt the same here. We were talking about setting up a very big project to help disabled refugees from Ukraine. When we talked about the roles, attention was brought to the fact that no one mentioned that these people should be from the disabled community.

Also, some people had the immediate reaction of saying, ok ‘we will go in and train them in what they need to do’. Luckily I was not the only one saying we should really see what is already happening, what the organisations there are already doing, and then we should check how we can help and what we can contribute. That is so much more.

It is all about the ‘old missionary approach’ from outside-in, or the new approach from ‘inside-out’. I was surprised that when I said there may be a good person from the disabled community who could take on the job, a few voices came up, full of compassion, saying ‘oh no, the poor people’. That is what we have to change.

No one comes with bad intentions, that is clear, but should we not do an internal search of our own prejudices before we start to work on projects? Should we not always talk to the people involved, and I don’t mean the politicians or big bosses, I mean the real beneficiaries, those that need assistance?

Let’s give people a real voice, and leave the outside-in approach behind. Love people, but love them with full respect and appreciation, let them do the talking, and if they ask for help, and you are in a position to give it, then offer it.

That counts for the whole world, and also for Ireland, in Direct Provision centres which are full of residents who know much better than us. This blog post of Asad Mahmud, tells of the hilarious encounter with a dance project he was involved in. (okay, also a flattering post for myself, but I was really talking about the dance classes)   We can complement their knowledge with our own knowledge of Ireland and how systems work. Much better solutions could be found this way.

What are your views?